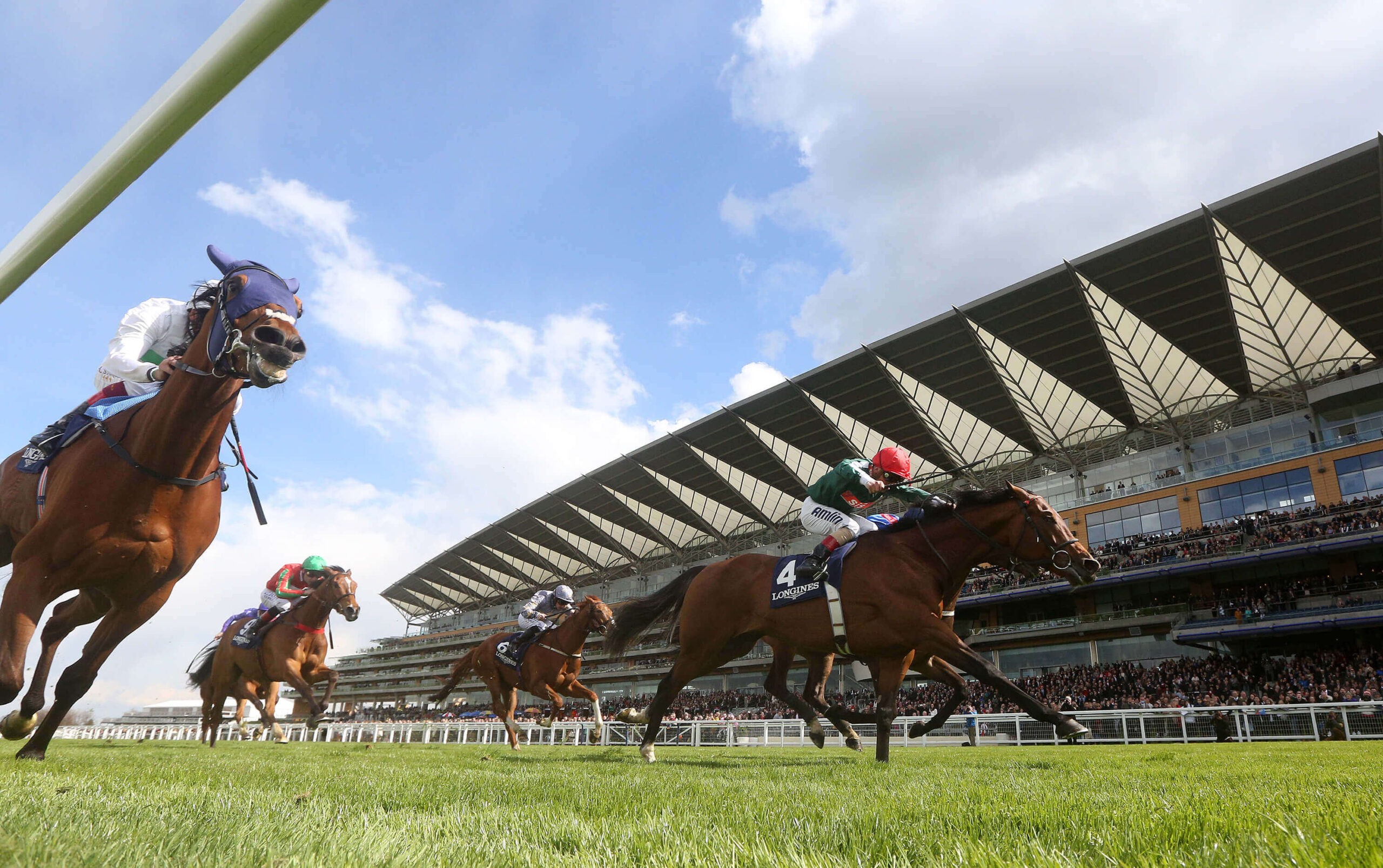 Boasting 36 races over the course of five days including eight Group 1 races, Royal Ascot is the Jewell in world racing’s crown.

It will be the first time since the racecourse was opened in 1711 that there will be no crowds in top hats and tails, and jockeys will be required to wear face masks due to the coronavirus.

There will be no Queen, Royal procession or much of the glitz and glamour so associated with one of Britain’s most famous sporting occasions but there will however be the best horses from across Great Britain and Europe all vying to call themselves Royal Ascot winners.

24 horses in a 1400m (7 furlongs) race? Expect the first race of Royal Ascot to be absolute chaos. DAARIK comes into this race as an outright favourite with a top trainer and jockey combination off the back of a winning return to action on the all-weather at Newcastle 10 days ago. John Gosden’s charge had a setback last year but connections have been patient with him and he likely has further improvement to offer on his sixth career start. Although he was well held in seventh behind the selection at Newcastle, KAESO is expected to take closer order on 7lb better terms and now reopposing at a track at which he ran excellent races in the Victoria Cup and International Stakes last term. MUTAMAASIK improved with every outing for Roger Varian last year and is worth a market check on his return, while recent Haydock second Brian Epstein and Balmoral fourth GLEN SHIEL, who had a comeback spin over 6f at Newcastle, could also make their presence felt.

The first Group 1 of the day and one of eight across the carnival, last year’s St James’s Palace winner CIRCUS MAXIMUS will have plenty of admirers given it was on this track last summer and tasted further top-flight success before the season was out when landing the Moulin at ParisLongchamp. An Aidan O’Brien horse is always favoured in these conditions so it makes no surprise to see him the short-priced favourite. There is also a big claim for TEREBELLUM who is flying heavily under the radar after dropping back in trip here since winning the Dahlia Stakes on her reappearance at Newmarket and is respected with Royal Ascot’s most successful jockey Frankie Dettori getting the ride. MUSTASHRY needs to better his effort in this race 12 months ago if he’s to figure, though the lightly-raced Fox Chairman continues on an upward curve and has place possibilities along with DUKE ODF HAZZARD, who progressed nicely through the Pattern ranks last year and fully deserves another shot at a Group 1 victory.

FRANKLY DARLING was absolutely mind-blowing, going on to blitz the field at Newcastle on British Racing Resumption opening day by five lengths and although she’s still green, she is tough and the distance won’t worry her here. She deserves favouritism for dynamic duo John Gosden and Frankie Dettori. MISS YODA, a stablemate of the selection, won the Oaks Trial at Lingfield recently and could pose more of a threat. TREFOIL and ENNISTYMON also have something to recommend them based on recent efforts.

This highly exciting 3yo filly out of the John Gosden yard is one of the big watch horses on #RoyalAscot Day 1, as she goes off a short-priced favourite for the Gr.2 #RibblesdaleStakes pic.twitter.com/CzBz7Q9RLV

MOGUL was easy to back for the Futurity Trophy once it was switched to Tapeta last season and finished no better than fourth. However, the form was rubber-stamped when the winner, Kameko, landed the 2000 Guineas recently and, now stepped up in trip, Aidan O’Brien’s Galileo colt is expected to come into his own and throw down a decent marker for the Derby. The battle for second could be won by ARTHUR’S KINGDOM who could set the pace early but in this small field, could be ridden conservatively by Frankie Dettori. There is one horse that many are overlooking and that’s PYLEDRIVER and although he’s long odds – he is the only runner who has recent race form coming into this race. He had a monster effort when bombing home at Kempton and the step up to 2400m looks ideal. He’s a huge each-way option.

The second G1 of the day promises to be a beauty and it’s usually one of the highlights of the carnival.

We’ll start by saying that that with BLUE POINT and MABS CROSS retired, connections of exciting Irish raider SCEPTICAL overlooking the race, this looks an ideal opportunity for BATTAASH to end his Ascot hoodoo. The big sprinter has yet to win at Royal Ascott in three goes but there’s a case that he’s been his own worst enemy. Charlie Hills will be hoping to turn promise into success and let’s face it, this horse will relish the behind closed doors meeting as it’s been easily distracted in the past. Even then, Battaash’s second-placed finishes behind Blue Point in the last two renewals are still the strongest pieces of form on offer and he could afford to run well below his official rating and still win this contest. GLASS SLIPPERS was a surprise winner of the l’Abbaye last season and needs to prove she can back that effort up this year.

One for the fillies, and in my eyes – there’s only one winner here and it’s my best bet of the day, NAZEEF. She’s won three from three from four as a three-year-old and showed that she has trained on when readily winning a Listed contest on her reappearance at Kempton earlier this month. She looks rock solid and ready to claim the G2 win. JUBILOSO is potentially a notch above but has been disappointing. Sir Michael Stoute’s charge can be forgiven for an ordinary effort in G3 company at Sandown when last sighted in August, her third in last season’s Coronation Stakes proves she’s much better than that. She could just as easily beat Nazeef to get her career back on track and her stable has been on fire since racing resumed throughout Britain.

Nazeef rocks up a four timer. Looks like a type that we may see in a Group 2 or 3 in time. Gosden’s horses seem to be going really well at the moment⭐️ pic.twitter.com/70CxWsK1mP

What a way to end Day 1. The final race of the day is anchored with a monster of an endurance race which opens the field up to dual-code trainers (who have excellent records in this race) to enter Jumps horses into this race. Run over two miles and three furlongs (or 4,000 metres), it’s a test of endurance and stamina as well as mental strength for the jockey.

Nicky Henderson, who struck in 2011 with Veiled, saddles the very interesting VERDANA BLUE today. The eight-year-old has a Grade 1 hurdles victory over dual Champion Hurdler Buveur D’Air under her belt, amongst a number of cracking efforts in that sphere, and she was a fair fourth in the Group 3 Sagaro Stakes when last running in this code 13 months ago. Her latest start was a fourth-placed effort behind subsequent 2020 Champion Hurdler Epatante over timber at Kempton in December so everything looks in place for a huge run here, with Ryan Moore booked to ride. Amongst the dangers are recent Haydock scorer MOON KING and LAND OF OZ, who made a pleasing reappearance at Chelmsford.

LAY OF THE DAY 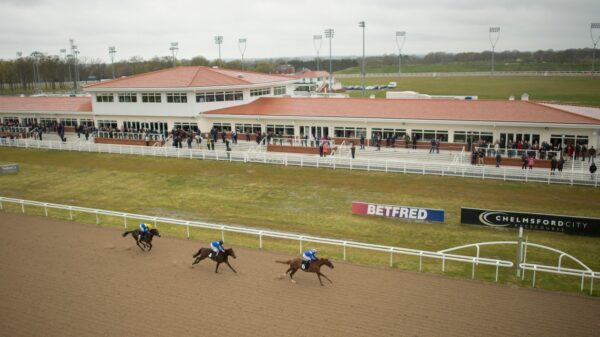 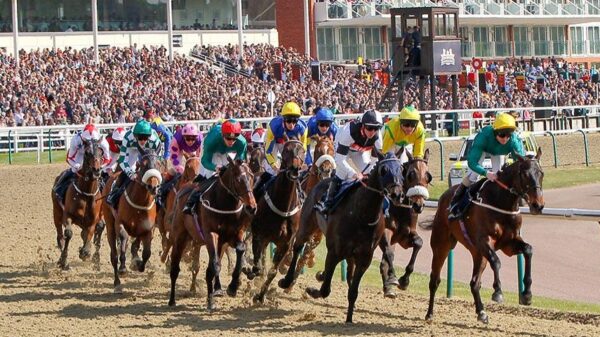 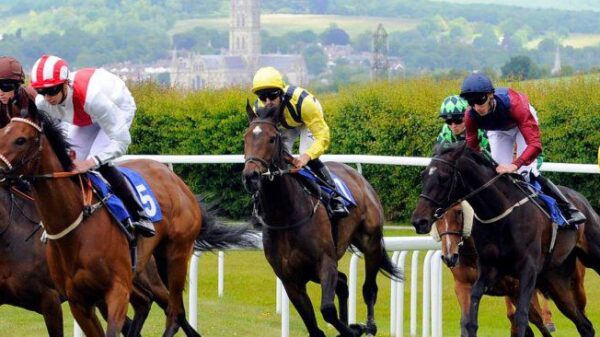 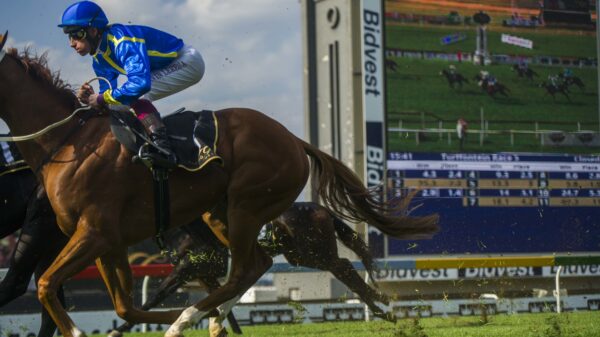