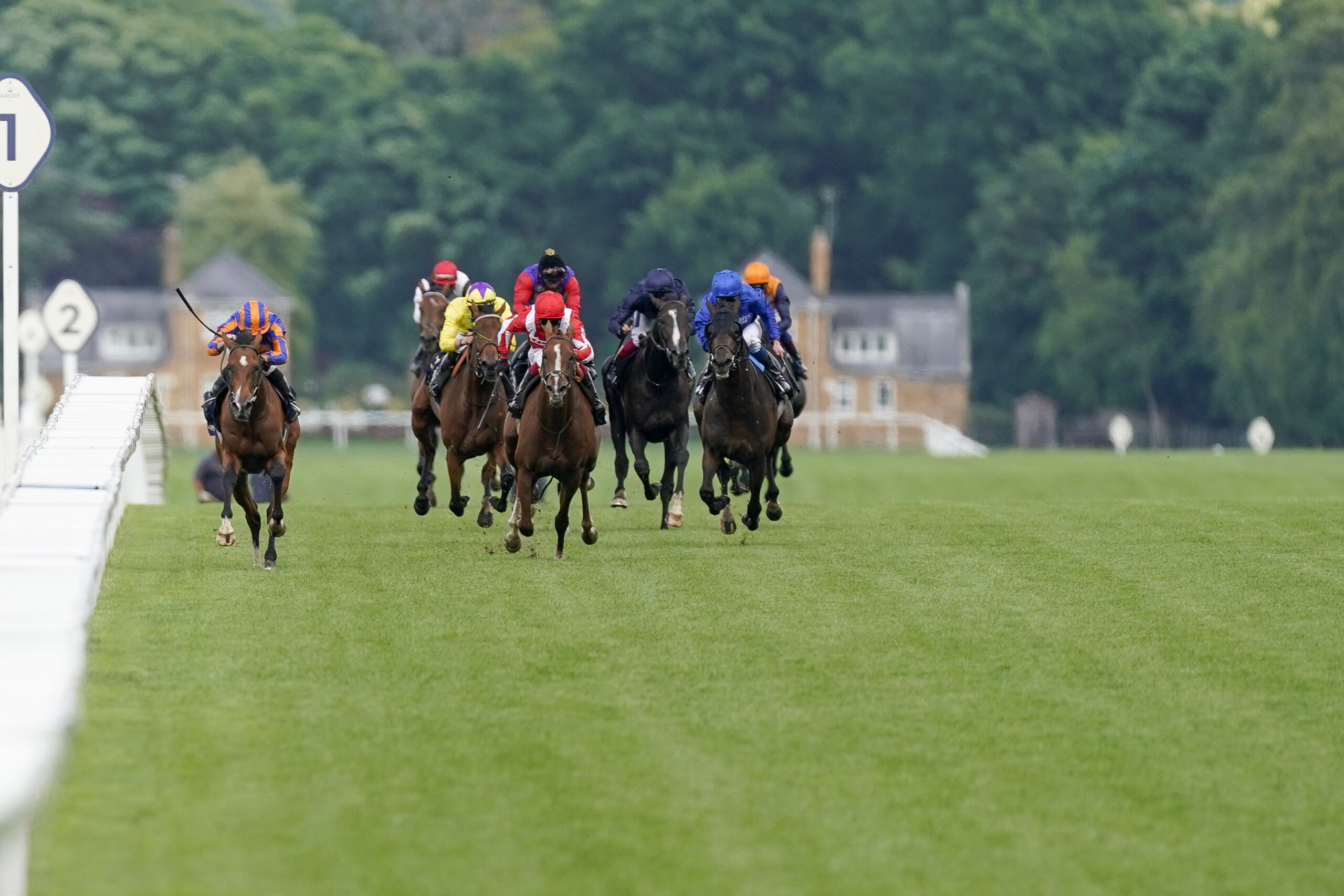 The 2020 renewal of Royal Ascot has been one like no other and the annual meeting finishes with a bang on Saturday, featuring eight races on one card including three Group 1 events.

The beaten favourites in the English 1000 and 2000 Guineas, Quadrilateral and Pinatubo will seek redemption in The Coronation Stakes and The St James’s Palace Stakes respectively, and both are stars of the show on the final day.

Irish raider, Sceptical, winner of his last four races at a lower level by wide margins, is likely to start favourite for The Diamond Jubilee Stakes for jockey Frankie Dettori, but faces a strong challenge headed by last year’s runner-up, Dream Of Dreams, and the veteran multiple Group 1 winner, The Tin Man, the winner of the 2017 running of The Diamond Jubilee.

SWINDLER was fifth beaten at this distance by 3.5L at Newmarket recently but is two from two at this course and distance and commands respect. He will take some beating for Ed Walker. WOVEN was successful in a competitive Meydan handicap when last seen in February and makes some appeal despite his handler’s slow start to the season, while BURMESE WALTZ on stable debut for Archie Watson 10 days ago was impressive and could have more to offer. I’m keen on BLUE MIST who has dropped back in trip and should be fancied. He left a strong impression when twice performing with credit in major 7f handicaps here in 2019. He should be spot-on following his promising reappearance and the recent rain is an added bonus. NAHAAR also drops in distance having won previously at this distance.

Aidan O’Brien has his juveniles purring this year and MORE BEAUTIFUL will be well preferred in the Queen Mary. She left a lasting impression when easily winning on debut at Naas earlier this month and deserves favouritism. She’s out of a G1 winning two year old who has already produced a 2000 Guineas winner in Saxon Warrior and is the one to beat. CAMPANELLE wouldn’t be coming here if her handler wasn’t confident. A Gulfstream scorer in May, the Kodiac filly beat a well-backed stablemate with relative ease there and could provide Ward with a third success in this contest since 2015 with Frankie Dettori booked to do the steering.

QAADER made a huge impression when making a winning debut over 6f at Newbury a week ago. The son of Night Of Thunder sprinted clear of his rivals to win by four lengths on that occasion and he could take some stopping if improving for the experience. That said, ADMIRAL NELSON was equally as impressive when successful at the Curragh and he should be helped by this step up in trip. Aidan O’Brien’s colt cost 440,000 pounds as a yearling and it would be no surprise to see him prove to be the main threat to the selection. Army Of India touched off Science when scoring 18 days ago and that extra few days rest should be a benefit to him, while Creative Force and Lauded are others to note. If you’re looking for value in this race, SANDS OF TIME won by 5L at Lingfield on the all-weather track on debut. It had plenty of speed and led throughout and could be a player here.

GROUP 1 Coronation StakesThe first of three G1 races of the day – it’s the Coronation stakes and this one is for the two-year-old Fillies. It looks to be a day for QUADRILATERAL who will be looking to avenge a disappointing 1000 Guineas defeat. The daughter of Frankel was far from disgraced at Newmarket, finishing third, and she looks like she will improve from that run. CLOAK OF SPIRITS will be a threat having placed in front of Quadrilateral at HQ. RUN WILD won by 3.75L over the Listed Pretty Polly Stakes and will have no issues taking a step down in distance.

It feels like revenge day for PINATBUO fans who was defeated for the first time in his career in the 2000 Guineas to WITCHITA. Still, the Charlie Appleby colt is expected to bounce back. WITCHITA under Frankie Dettori has continued to improve significantly on his juvenile form in the aforementioned Newmarket contest and may still be improving with this being his sixth career start, but the unexposed PALACE PIER could be up to taking the biggest step forward. John Gosden has brought him along steadily, winning in both maiden/novice company at Sandown last year, and ignored the temptation to run him in a Classic by opting for a handicap at Newcastle on the same day. The son of Kingman couldn’t have been more impressive with a performance that suggested he would have no issue with the significant rise in class.

SCEPTICAL has been fancied for this race or quite a while and the market hasn’t deviated on that since it opened. The story of this horse is something to behold. It was purchased for 2,800 pounds in August 2019 from Godolphin and he hasn’t looked back having won four of his five starts since. Denis Hogan’s gelding passed the acid test regarding turf with an impressive display in Listed company at Naas last week, and the booking of Frankie Dettori gives him excellent claims on his first attempt at the highest grade. HELLO YOUMZAIN placed in the Commonwealth Cup at the meeting last season before going on to land the Sprint Cup at Haydock. He remains open to further improvement on just his ninth career start, but a chance is taken with KHAADEM. Charlie Hills’ colt has reportedly thrived over the winter and the Stewards’ Cup winner had excuses on his last couple of starts which came on ground far too soft for his liking.

I’m going to start by saying if you’re a Leeds United supporter, this race might be an omen. BIELSA has won three of his four outings and pulled away from a good field when impressing at Doncaster on his final start of his last campaign. There could still be plenty of milage in his mark. From the same trainer, HEY JONESY, who isn’t the most reliable but is now tried in first-time blinkers off is a dangerous-looking figure. JACK’S POINT was second in that aforementioned 7f contest and drops back in trip off the same rating, while the consistent DANZENO was third in this last season and has to be respected despite the burden of top weight. Last year’s fifth SUMMERGHAND is just 1lb higher this term and rates as the pick of David O’Meara’s trio. James Doyle catches the eye in the saddle and the experienced six-year-old is backed to reverse form with his Newmarket conqueror Tinto on the revised terms.

Alan King landed the Ascot Stakes earlier this week and could strike again with WHO DARES WINS, who landed the Northumberland Plate on the level last summer and was a Grade 2 winner over fences during the winter. The admirable dual-purpose performer has placed at this meeting in the past, is versatile ground-wise and is one with zero stamina doubts. Last year’s Ascot Stakes winner THE GRAND VISIR has to be respected despite disappointing since, while NATE THE GREAT, who was second in the Chesham here as a two-year-old, represents last year’s winning handler and looks in need of a marathon trip to be at his best these days. 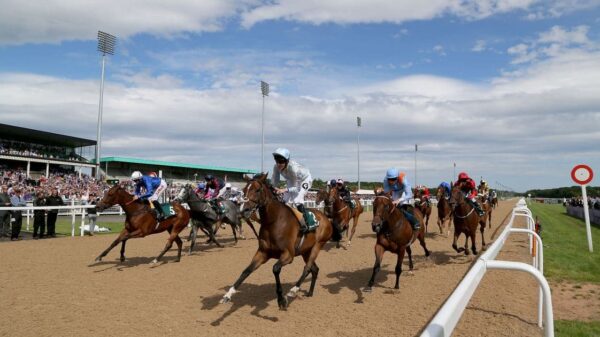 Get today's free Leicester Racecourse picks and tips courtesy of our handicapping team. Sportsandracing.news provides free tips from the UK, South Africa and the... 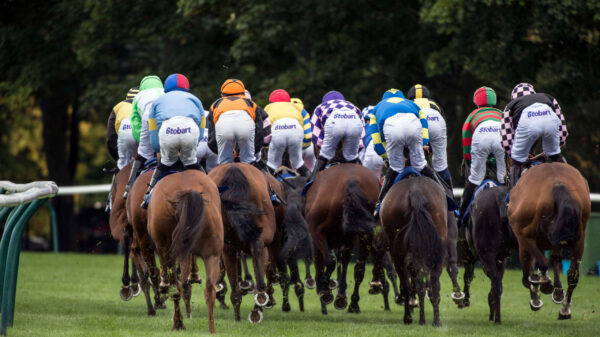 Get today's free Ayr Racecourse picks and tips courtesy of our handicapping team. Sportsandracing.news provides free tips from the UK, South Africa and the... 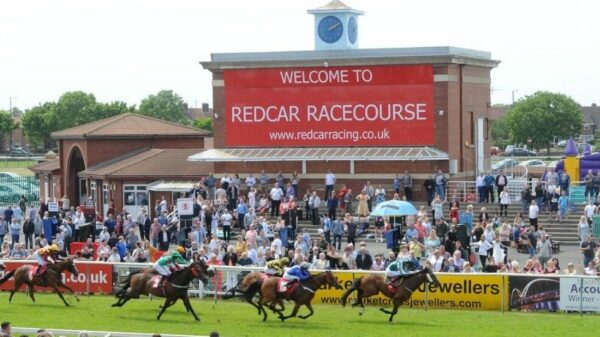 Get today's free Redcar Racecourse picks and tips courtesy of our handicapping team. Sportsandracing.news provides free tips from the UK, South Africa and the...

Dr. Tobbogan24 hours ago
Thanks for subscribing! Please check your email for further instructions.