Readers of SportsAndRacing.News are getting a bonus preview of my day’s selections. To sign up for daily emails with the day’s FULL selections and weekly Saturday videos, click here: https://bettinggods.com/betting-gods-tipsters/us-racing-expert/

Race replays for yesterday’s races from Aqueduct can be found here:

In Race 2, Jose Lezcano made a mess out of the ride on our selection- Cousin Andrew. Closers in turf sprints are always at the mercy of pace and trip but this was brutal. In Race 3, Speeding Kid sat the trip off the lone speed, switched out in the lane and flattened out in the drive. In Race 4, Dream Streak raced between horses and had no punch in the lane. In Race 6, Drafted was taken well back off the early pace set by heavy favorite Cost Basis. We would’ve fared better had there been more pace on as Drafted was moving best late but couldn’t reel in the loose leader and had to settle for second. In Race 7, our first time starter – Main Event was well back, switched out for the drive, checked repeatedly losing any hope for a placing and finished 7th.

Race replays for yesterday’s races from Churchill Downs can be found here:

In Race 4, Hurry On Out stalked at long odds and had no punch in the lane. Race 5 was our only bright spot on the day with Lil Tootsie rallying from far back off a hot pace to mow down the leaders and draw away in the lane.

Overall, we took a few shots today at long odds and came up short in those spots. Had a few tough rides but that’s how it goes sometimes.

We’ll wrap up the week at Aqueduct where we expect cloudy skies and chilly temperatures with a fast main track and a firm turf course. I like a bunch of longshots today. Bet accordingly

Let’s get to work!

Turf sprinters box the maiden variety line up to begin a “longshot Sunday” of sorts. None of the ones who have run get the pulse racing but there’s reason to believe there’s hope for Dakota Dancer. First off, she raced without Lasix on a sloppy track first time out broke from the rail. She’s far better bred for turf, and has a sibling who broke his maiden in a stakes race for two year olds. Recent work hints at readiness.

I like a longshot here named Yah Huh. Am always a fan of seeing the lightbulb go on in a horse’s head and I saw that last time with this runner. Ran a lifetime best speed figure for the surface and closed strongly down the lane. This race has produced 2 next out winners already and this runner ran his stretch drive on the outside part of the track right next to next-out-winner DistractandAttack. Will be moving late.

Turf sprinters go six furlongs and here’s our first of two situations today where we are getting the runner with the top speed figure at both the course and distance and getting overlaid odds. Gogo Shows will get overlooked here based on muddied up from her last two starts but here’s the thing. She’s raced her last two starts against stakes company and without Lasix. She gets Lasix back today and shows a bullet work in her holster. Trainer Derek Ryan is LETHAL in turf sprints winning at a 26% rate. I’ve certainly played worse 20/1 shots than this.

Starter allowance race on turf and our selection’s form is a bit muddied up off turf sprint form while his best races have come at distances similar to today’s. That coupled with the fact that he’s got some low profile connections means the odds on this one are almost certain to offer value. Capable trainer and rider combination have a runner who’s speed figures at the distance fit with the best of these.

NY Bred two year old fillies sprint 6 furlongs and Classic Edition is a deserving favorite for trainer Todd Pletcher after a convincing score in her first try against Stakes runners. Cupid’s Heart may give her some competition today. After breaking slowly on debut she moved into contention and ran by the leaders. Sharp move for anyone let alone a two year old debut runner. She seemed to win last out with something to spare and has worked well since.

Turf sprinters close out the week for us. What if I told you that there’s a horse with the best speed figure in the main part of this field at the distance by a full 7 points. That same runner has the top speed figure on this surface for a trainer who wins with 17% of his maiden claimers and his morning line odds are 8/1. You wouldn’t believe me, right? Well that’s the case and Boom Boom Kaboom is a very dangerous contender here. Rider Eric Cancel is one of six riders to have ridden this runner and he’s gotten the most out of this runner by far. 8/1 you say?🤔

Best of luck to everyone playing Sunday’s races from Aqueduct! 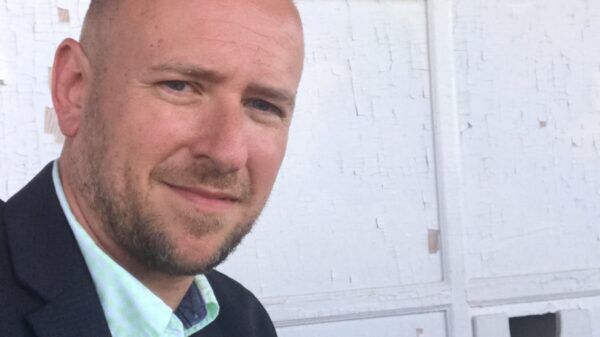 Readers of SportsAndRacing.news are getting a bonus preview of my day’s selections. To sign up for daily emails with the day’s FULL selections and...

GodsTipster went 2 for 3 on Friday with an 11/1 second place finish and selects 7 races on Saturday!

Readers of Bettors Insider are getting a bonus preview of my day’s selections. To sign up for daily emails with the day’s FULL selections...

Readers of SportsAndRacing.News are getting a bonus preview of my day’s selections. To sign up for daily emails with the day’s FULL selections and...

FREE SELECTIONS FROM GodsTipster Of BettingGods.com for Saturday from Churchill Downs and Aqueduct

Readers of SportsAndRacing.News are getting a bonus preview of my day’s selections. To sign up for daily emails with the day’s FULL selections and...

Mr. X13/11/2021
Thanks for subscribing! Please check your email for further instructions.